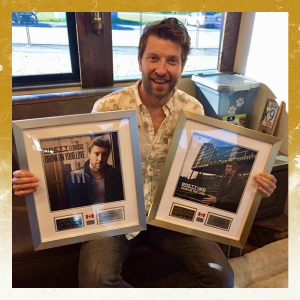 Republic Live, producers of the Boots and Hearts country music festival, have announced a new annual music and arts camping festival, taking place at Burl’s Creek Event Grounds in Oro-Medonte, ON, from July 24th to 26th, 2015. The festival is a collaboration between the Peterborough, ON-based Republic Live, and US promoter AC Entertainment, co-founders of the Bonnaroo Music Festival.

The festival’s name and lineup are still to be announced, but the release promises “an extraordinary lineup featuring some of the leading artists in music, the best selection of indie bands and local heroes.” The festival will include four stages, art installations, a late night forest, an on-site farmers market, and will be licensed across the venue’s 700 acre grounds.

“We’ve felt so fortunate to see Boots and Hearts grow in 3 short years to become Canada’s largest camping and country music festival, with the same aspirations for this new music and arts festival we’re excited to share more details including the name, brand and of course the line up, in the coming weeks,” Shannon McNevan, Executive Director, Republic Live said in the release. “We can see with the growth of Boots and Hearts that Canada, and in particular Ontario, has the appetite to sustain camping and music festivals and we believe that the location, being so close to the GTA, is the perfect site for a music and arts camping festival.”

The release notes that the new festival fits well within the Ontario Live Music Strategy, which was announced in January 2013 to strengthen Ontario’s position as a global leader for live music. Republic Live estimates, based on the Ontario TREIM model, that the new festival could generate approximately $13.6 million in economic impact for the province in its first year, with the opportunity to generate as much as $40 million.

In 2014, the Boots and Hearts festival generated approximately $17 million in economic impact in the Durham Region. The festival has been so successful that Republic Live is moving the 2015 Boots and Hearts festival to Burl’s Creek Event Ground, which will allow for expanded capacity and camping grounds. Boots and Hearts’ 2015 festival will take place August 6th to 9th, and will feature performances by Brad Paisley, Florida Georgia Line, Dallas Smith, Chad Brownlee, with more to be announced.

The Boots and Hearts Music Festival has announced that their 2015 festival will move to a new home at Burl’s Creek Event Grounds in Oro-Medonte, Ontario. The festival will take place August 6th – 9th, and Florida Georgia Line has already been announced as one of the headline performances.

The move to Burl’s Creek will allow Boots and Hearts to expand capacity and camping grounds, said Shannon McNevan, executive director of festival promoter Republic Live. “We needed to expand our camping and our festival. That was our biggest complaint from fans, is that we didn’t have enough,” said McNevan. “The newly renovated grounds at Burl’s Creek will allow us to offer way more camping and add to the amazing #Bootslife community onsite,” he added.

Burl’s Creek was recently sold to the majority shareholder of Republic Live, which is good for the region, said Tourism Barrie executive director Kathleen Trainor. “We are thrilled to learn that Burl’s Creek has been sold to a concert promoter,” said Trainor. “The Wynne government is investing heavily into making Ontario the music capital of Canada and having a major concert venue in the region is good for Barrie. Molson Park’s concerts brought millions of dollars in revenue into Barrie every summer and now we can have a whole new generation of music lovers coming into the region for music festivals.”

The success and impact of Boots and Hearts is a testament to the opportunity provided by live music. Last year’s festival had an economic impact of approximately $17 million in the Bowmanville area, drawing approximately 35,000 country music fans to the region over three days.

Music Canada has promoted the value of music tourism to regions and municipalities throughout Ontario, and identified music tourism as one of five critical areas for development in our Next Big Bang report. Noting that music tourism and marketing offer rewarding opportunities for economic growth and brand development at the provincial, regional and city levels, the report considers how we can harness the power of live music as an economic asset by developing a comprehensive music tourism strategy.

Music Canada’s Graham Henderson will speak on the opportunities for music tourism next month at the 2014 Ontario Tourism Summit, in a keynote presentation entitled Ontario’s Music Tourism Pitch.

OntarioLiveMusic.ca, Ontario’s live music portal, will also be on-site at the Ontario Tourism Summit, showcasing the comprehensive live music listings to hundreds of tourism professionals from across the province.

The Boots and Hearts experience is on display in the festival’s 2014 After Movie, embedded below. For tickets or more information, visit http://bootsandhearts.com/.