A new Ontario Arts Council (OAC) study conducted by Nanos Research has found that the arts maintain a high level of support among Ontarians. According to the report, Ontario residents recognize the important contribution of the arts—music included—to vibrant, liveable communities. This report is a follow up to OAC’s 2010 provincial survey, and offers an important perspective on arts in the public eye. 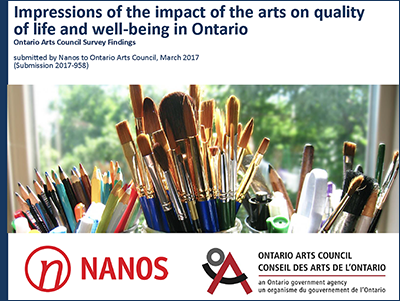 The survey, based on a random sample of 1,004 individuals, found that a majority of Ontarians recognize the positive impact that the arts have on quality of life, community well-being, identity and belonging, and government investment.

“The results of the Quality of Life report confirm what we heard as we developed the province’s first Culture Strategy, and show that Ontarians intuitively understand that culture is a fundamentally important part of our lives and communities,” said Eleanor McMahon, Minister of Tourism, Culture and Sport. “I’m proud that our government is taking steps to strengthen the arts and culture sector as we implement the initiatives outlined in the Culture Strategy, and the Ontario Arts Council is an important part of that work.”

“This study clearly demonstrates that people across Ontario believe that the arts make an important contribution to their quality of life and social well-being and that arts activities are key factors in increasing the attractiveness of their communities as places to live and work,” said Rita Davies, Chair, Ontario Arts Council.

Highlights of the survey are as follows:

Arts and quality of life

Arts and identity and belonging

Government investment in the arts

You can read the report’s executive summary on the OAC website.

Today at the opening to the Music Summit at Canadian Music Week, the Hon. Eleanor McMahon, Minister of Tourism, Culture and Sport, announced the 2017 Ontario Music Fund grant recipients. The province is investing $15 million through 190 new grants that will help music businesses and artists across the province increase music production and attract new audiences.

The release highlights that the Ontario Music Fund has supported the sale of over 5.6 million recordings domestically and more than seven million recordings internationally since the program was created in 2013 and made permanent two years later. Almost four million people have attended live music events supported by the fund, featuring more than 4,000 performances by Ontario artists.

“Ontario is home to a diverse music industry that draws people from all over to take advantage of our world class recording facilities and to experience our vibrant live music scene,” said McMahon in the release. “Ontario is the best place to record and perform music in Canada, and through the Ontario Music Fund our government continues to invest in this dynamic sector.”

McMahon made the announcement during Canadian Music Week, which receives funding from the OMF that supports its many initiatives, including summits, an international marketplace, industry awards, and live music events. The Canadian Music Week Festival will showcase over 800 artists at more than 40 venues over five nights in downtown Toronto.

Joining McMahon on stage was Karen Thorne-Stone, President & CEO of the Ontario Media Development Corporation (OMDC), the organization that administers the fund.

“Ontario’s music is enjoyed across Canada and on the world stage,” said Thorne-Stone in the release. “Through the Ontario Music Fund, OMDC is proud to support the growth of this vibrant industry where strong companies and emerging artists alike contribute to Ontario’s employment, economy and quality of life.”

“As a recipient, Canadian Music Week can attest to the effectiveness of the Ontario Music Fund,” added Neill Dixon, President of Canadian Music Week. “The investment we’ve received bolsters our ability to attract international companies and our status as ‘ground zero’ for global interest in Ontario artists. The Government of Ontario can rightfully take a bow for amping up interest in Canadian artists around the world with this initiative. And we applaud them for it.”

At Music Canada’s 2016 Annual General Meeting, held Oct 18 at Revival in Toronto, we were privileged to have the Honourable Eleanor McMahon deliver opening remarks to our guests.

Minister McMahon was introduced by Shane Carter, President of Sony Music Canada, who noted the passion for music she has shown since being appointed Ontario’s Minister of Tourism, Culture and Sport in June of 2016. 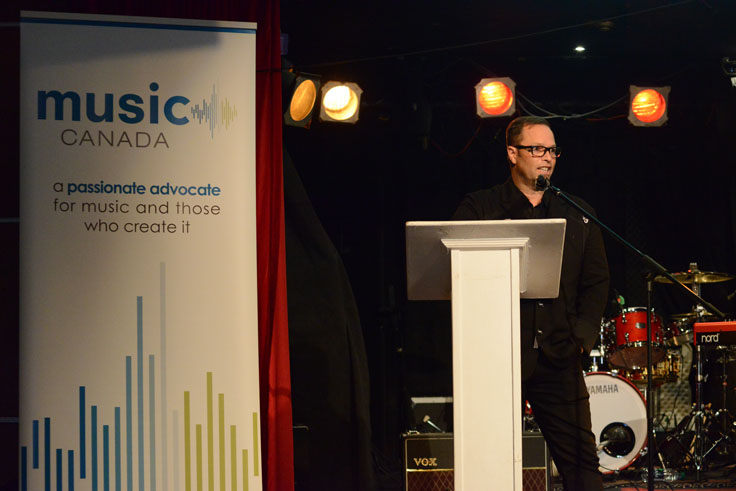 The MPP for Burlington is a booster of music education, and believes her own musical training helped her to be a better politician.

“I took vocal lessons right up into university…music was everywhere in our home,” said the Minister. “And singing with others, whether in our church choir, or around a campfire taught me the value of personal expression, creativity, discipline and craft, as well as harmony and teamwork.” 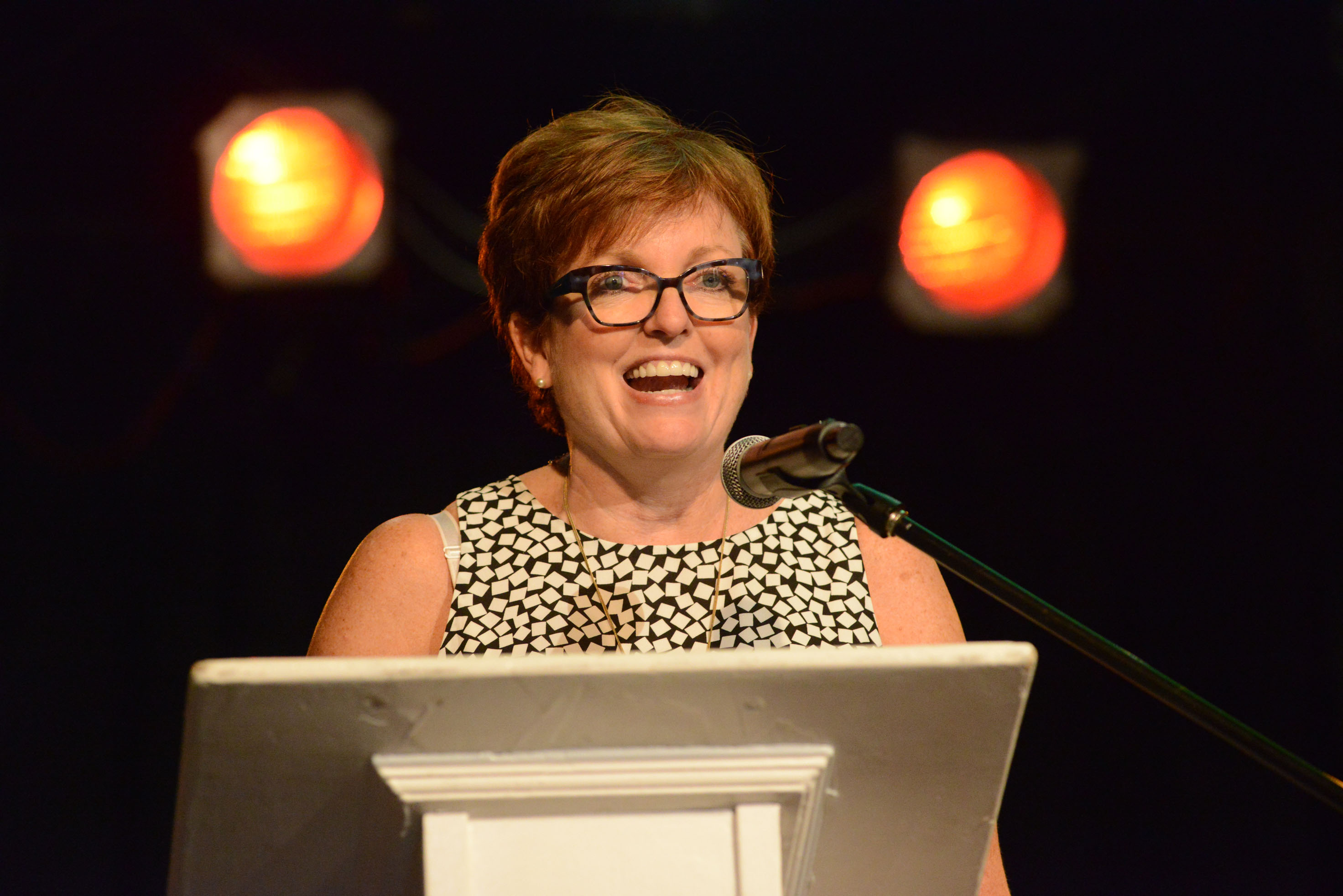 “Having the opportunity to express myself through music was integral for me to understand who I was growing up, and who I am today,” said Minister McMahon.

It was the first opportunity for many in attendance to meet the Minister, who spoke with guests including Universal Music Canada recording artist Alx Veliz, who would later perform at the event. 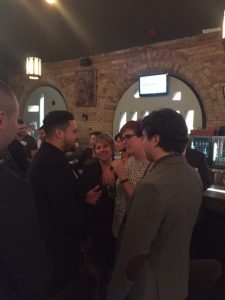 In her remarks, she addressed the connection between culture and the economy, saying “our culture and our economy are inextricably linked.”

“Our government recognizes the many opportunities for the province’s music scenes to build up our cultural sector and our economy, to mobilize Ontario’s wealth of talent, our state-of-the-art production facilities, the wide range of venues, and vibrant festivals, with the aim to make it Canada’s largest – and one of the world’s most diversified music jurisdictions.”

The Ontario Government has indeed displayed recognition of the value our music sector brings to the province. The Minister referenced the formulation of Ontario’s Culture Strategy, which per the Minister “commits the government to continue to build Ontario as a leading North American center for music production and performance,” and OntarioLiveMusic.ca, which promotes Ontario’s live music events. Minister McMahon called the Ontario Music Fund “something truly unique in Canada,” a leveraging of talent and economic opportunity that other jurisdictions are now looking to replicate. The Ontario Music Fund has resulted in “1,274 full-time equivalent jobs, supporting events attended by 1.6 million people, while giving a platform to more than 1,900 Ontario artists to show the world what they do best,” remarked the Minister.

Music Canada’s President & CEO, Graham Henderson, thanked Minster McMahon for her remarks, adding how great it is that she has displayed a belief in the power of music to change society, a belief no doubt shared by many in the room. 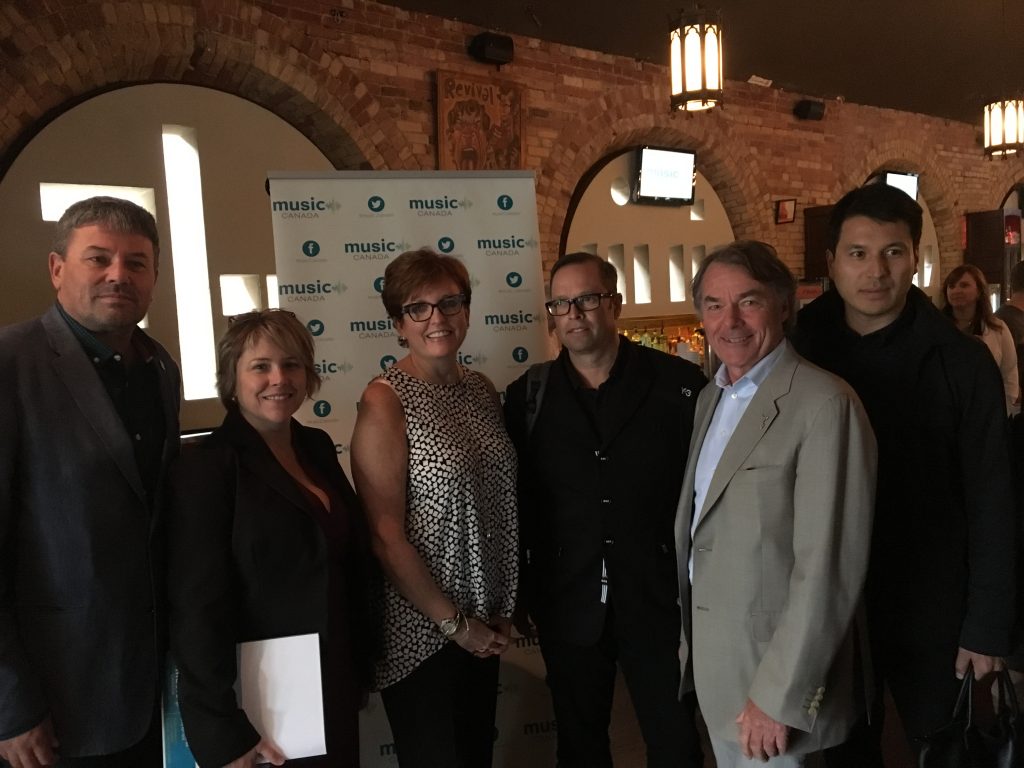 Below is the full video of Minister McMahon’s opening remarks.

One of the final announcements made by Michael Coteau as Minister of Tourism, Culture and Sport was the release of Ontario’s Tourism Action Plan. Since the release, Eleanor McMahon has been appointed Minister of Tourism Culture and Sport, and Michael Coteau is now Minister of Children and Youth Services. In the Plan, the province’s tourism industry is said to generate over $28.5 billion annually, which represents 4% of the GDP.

According to the press release, sector wide engagement across the diverse tourism industry produced an agreement amongst leaders – the need for immediate action. The Plan identifies five priority areas the Government will focus on: Indigenous-led tourism, Francophone tourism, the sharing economy, culture and sport linkages, and events and celebrations.

Music Canada has found that live music events and celebrations contribute significantly to Ontario’s economy. In our report, Live Music Measures Up: An Economic Impact Analysis of Live Music in Ontario, we determined that in 2013, the total impact of music tourism in Ontario was 9,530 jobs, $405.1 million in labour income, and $609.1 million in gross domestic product.

The Action Plan’s five priority areas are further broken down into twelve action items.  Several of them provide clear opportunities for the live music, and music tourism sectors:

We encourage our partners involved in live music and events to continue to engage in discussions, and provide feedback to the Ministry of Tourism, Culture and Sport as more detailed plans are developed.