A Tribe Called Red & Lisa LeBlanc delivered incredible performances this week at Minister of Canadian Heritage Shelly Glover’s Canadian Music Night, an event series celebrating Canadian music and its contribution to Canada’s economy. The event, organized by Music Canada and Quebecor, with the support of TD Bank, Stingray Digital Group, CIMA, and ADISQ, was held at the National Arts Centre in Ottawa, and was well attended by a non-partisan crowd including Members of Parliament from various parties, Senators, members of the media, and representatives from Canada’s music industry. 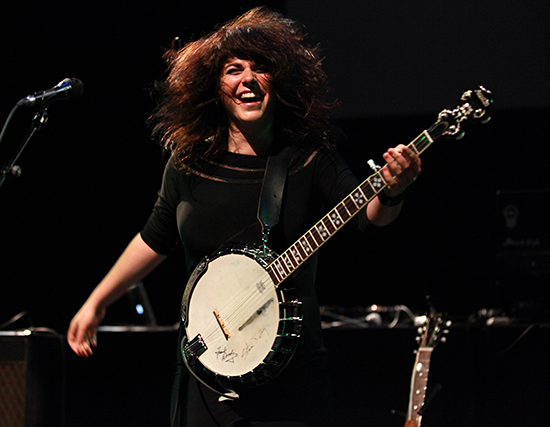 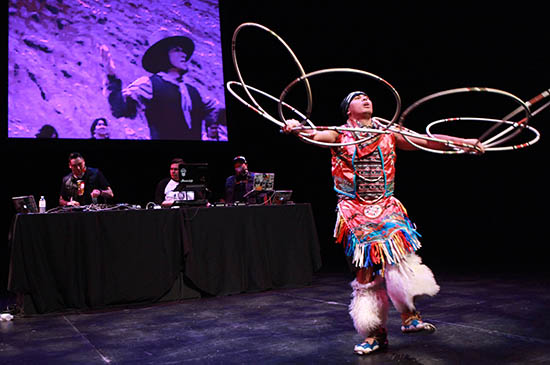 The Minister’s Music Night series is an opportunity to expose Members of Parliament to some of Canada’s top musical talents, and the fifth iteration of the event highlighted Canada’s diverse and eclectic music styles. This was the first time the event featured Aboriginal and Acadian artists, with the distinct mix of A Tribe Called Red’s blend of traditional pow wow vocals and drumming with cutting-edge electronic music, and Lisa LeBlanc’s unique style of francophone Acadian ‘folk-trash’ songs. In an interview with QMI, Lisa LeBlanc said it was a great opportunity to share the stage with A Tribe Called Red, “which doesn’t happen often, because we have such different music styles.”

This was the second Canadian Music Night hosted by Minister Glover, following an event held at Museum of Civilization (History) in Gatineau, QC last December, which featured performances by Kaïn & Brett Kissel. After the event, Minister Glover highlighted the vitality of Canada’s music industry, noting the cultural and economic importance of the sector.

“I was thrilled to once again host the popular Music Night and showcase some of Canada’s best and brightest stars in the music industry. This unforgettable evening left me with a deeper sense of pride in our country’s dynamic, brilliant musicians and artists,” said Minister Glover. “Our guest artists, folk-rock singer-songwriter Lisa Leblanc and electronic music group A Tribe Called Red, have made waves and enriched the lives of many, both at home and abroad, with their unique styles.”

Prior to the show, A Tribe Called Red & Lisa LeBlanc toured Parliament Hill with MP Patrick Brown, which included a visit to the Senate, the Library of Parliament, and the Peace Tower. 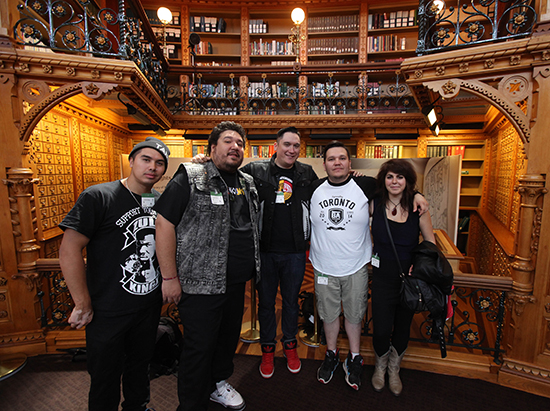 Photo: A Tribe Called Red and Lisa Leblanc in the Library of Parliament
Photo by John Major Photography 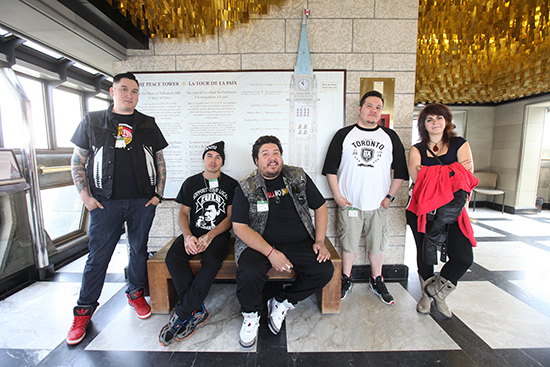 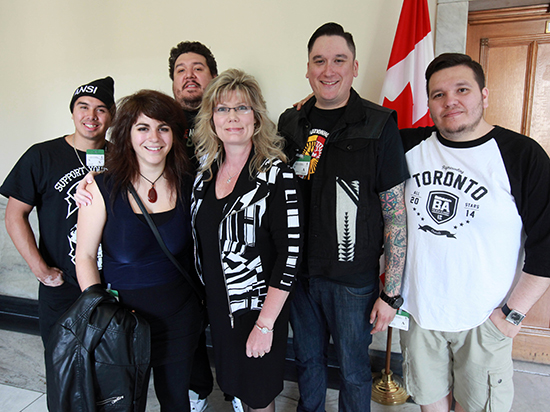 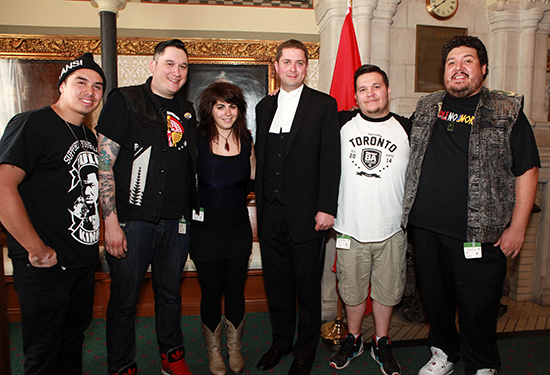 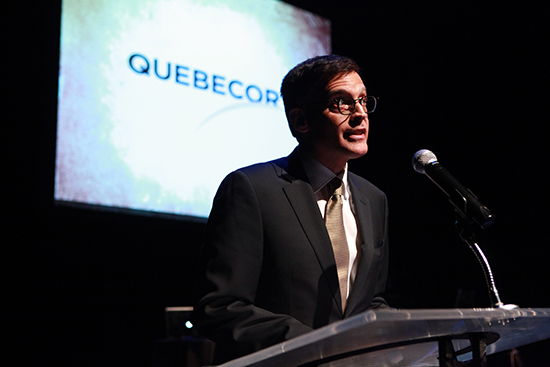 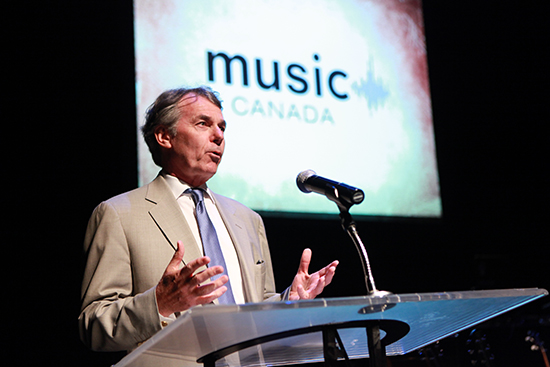 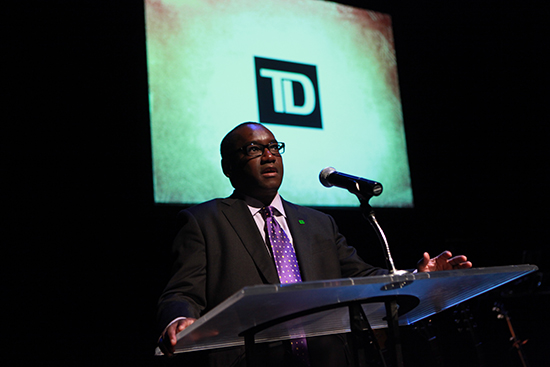 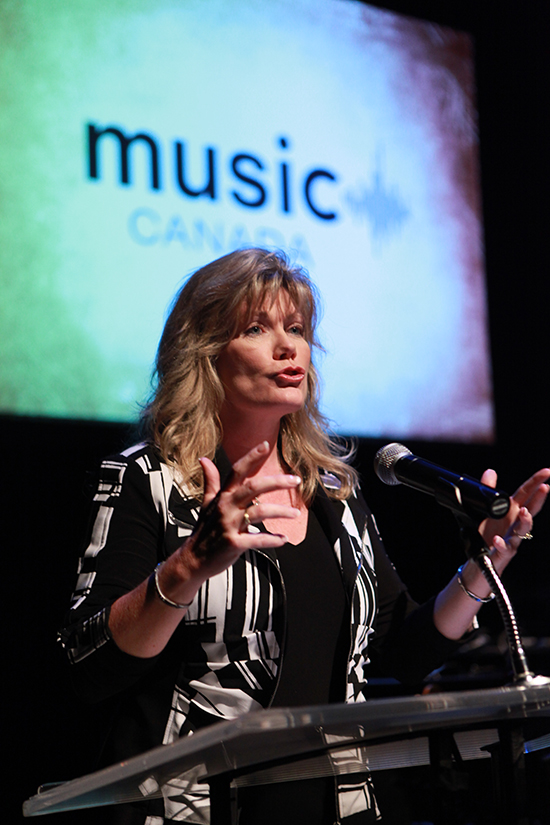 After a sound check and meet and greet at the National Arts Centre, Lisa LeBlanc kicked off the show, wowing the audience with her energetic performance on guitar and banjo, drawing comparisons to kd lang, Linda Ronstadt, and Janis Joplin. LeBlanc earned a standing ovation from the crowd, who were clapping and stomping their feet along with the music.

A Tribe Called Red’s set continued the high level of energy in the room, both with their mix of traditional pow wow drumming and dubstep and electronic music, and the incredible dancing from James Jones, the traditional hoop dancer who joined them on stage. By the end of their set, members of the audience were on stage as well, joining James in a circle dance.

After their performances, both bands joined members of the audience in a post-reception in the lobby, signing autographs and snapping photos with their new fans.
Several guests of the events shared highlighted from the concert on Twitter, embedded below:

Amazing to have @ATribeCalledRed here on the Hill– #awesome Aboriginal DJs representing the future of Canadian music pic.twitter.com/wM6K4v5IXV

I enjoyed meeting @atribecalledred and @lisaleblancyo today in Ottawa. What a group of talented Canadian artists! pic.twitter.com/b1Kd7e4vli — Russ Hiebert (@HiebertRuss) May 27, 2014

What a great performance by Lisa Leblanc! pic.twitter.com/wSXcsGrhdI — Shelly Glover (@ShellyGloverMIN) May 27, 2014

#LdnOnt #ndp Lisa leBlanc in Ottawa at music night–fabulous. We Canadians are blessed with such incredible artists pic.twitter.com/w3371Fhr2M

For more photos from the event, see our album on our Facebook page.