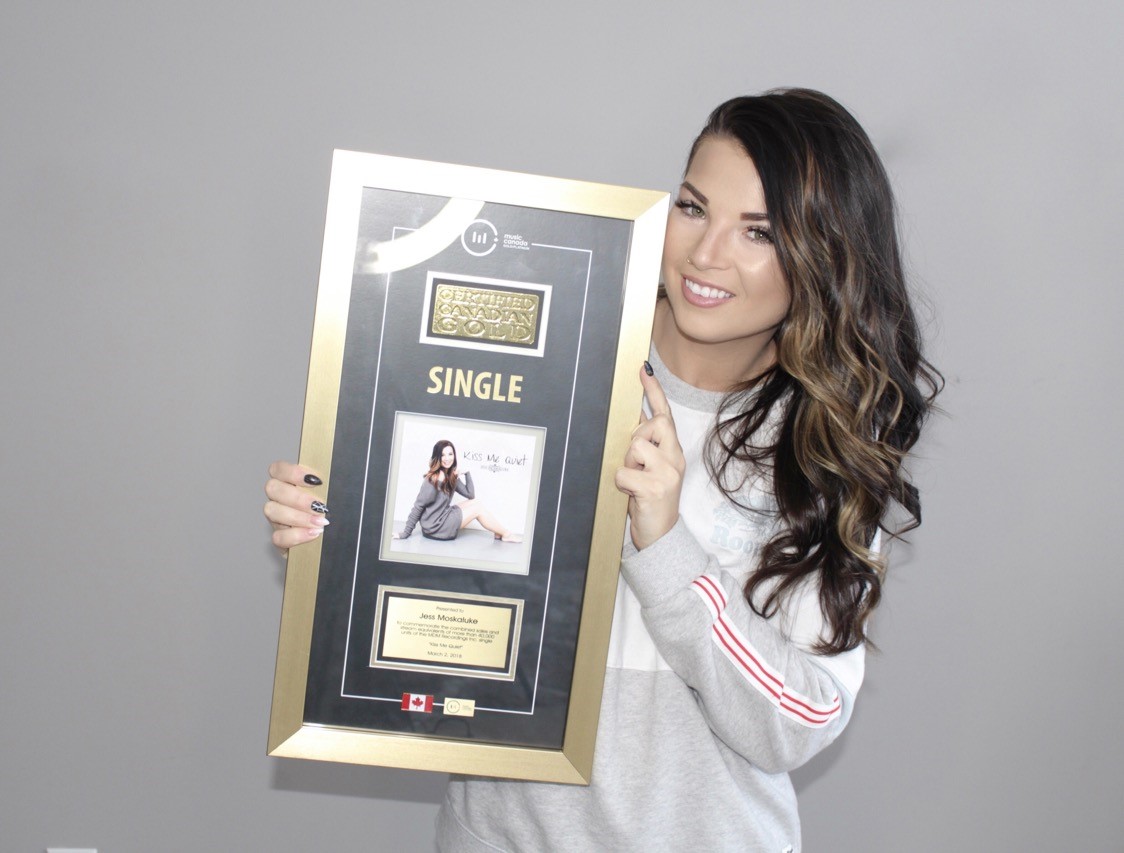 Canadian country star Jess Moskaluke was surprised with a Gold Single Award plaque from MDM Recordings for her single “Kiss Me Quiet” during JUNO weekend in Vancouver. “Kiss Me Quiet” is the Saskatchewan singer-songwriter’s second solo Gold track certification, with “Cheap Wine & Cigarettes” earning Platinum status in 2016. Moskaluke has also received a Gold certification for her collaboration with Paul Brandt on “I’m An Open Road,” which was certified in June of 2017.

Moskaluke spent the better part of the JUNO Awards festivities recovering from the flu, but that did not stop her from sharing the news with her fans through Instagram as soon as she could.

Watch the video for “Kiss Me Quiet” below.

Flat Lake, Alberta’s Brett Kissel leads the nominations with eight, including Single of the Year, Album of the Year, and Male Artist of the Year. Dean Brody and Gord Bamford also received several nominations, with six and five nominations each, respectively, while Tim Hicks and Deric Ruttan follow closely behind with four nominations each. The full list of nominees is now available on the CCMA website.

CCMA and broadcast partners CBC and CMT also announced that Juno-Award winner singer-songwriter Jann Arden and CBC-TV’s Gemini-Award winning host and comedian, Rick Mercer, will host the 2014 CCMA Awards Show. The show will be broadcast on Sunday, September 7 on CBC-TV at 8:00 p.m. local time (8:30 NT) with an encore airing on CMT (Canada) at 10:00 p.m.

Music Canada is proud to sponsor the CCMA Record Company of the Year Award. Nominees in that category include: