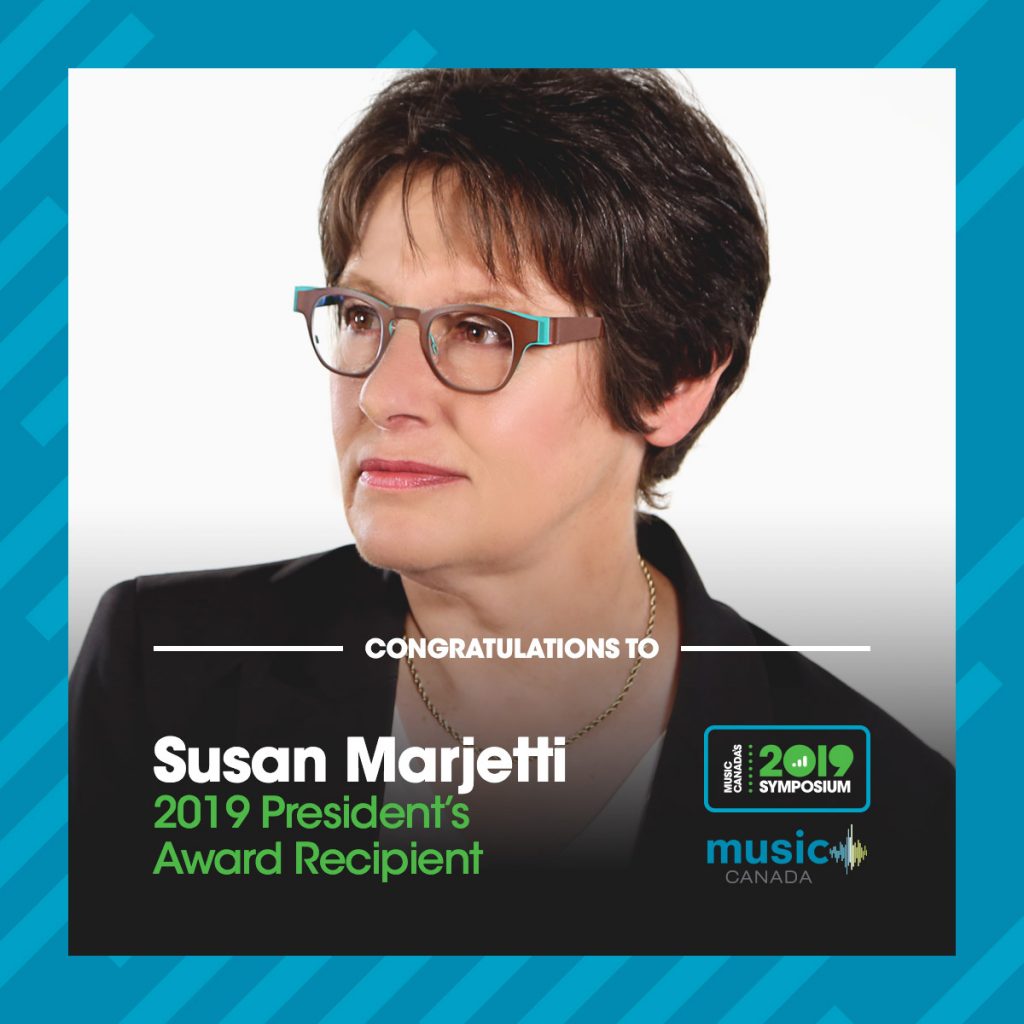 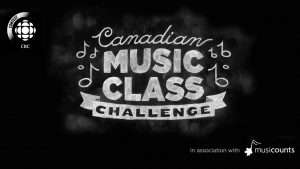 Music classes from elementary through high school nationwide are encouraged to learn and upload a video of their class performing one of 16 selected Canadian songs to the CBC Music website between September 30 and November 23, 2016. A panel of musicians and CBC Music journalists will evaluate applications, with the winning classes receiving a commemorative plaque, and a high-tech classroom recording kit that includes a laptop computer, recording software, speakers, a keyboard, microphones, and more.

The regional shortlist will be revealed on December 7, and the winning classes will be announced on Radio 2 Morning on December 16.

Schools who participate in the Canadian Music Class Challenge also have the opportunity to apply for new instruments and equipment through MusiCounts’ Band Aid Program. Through this program, MusiCounts provides musical instruments in $5,000 and $10,000 value allotments to support public (elementary, secondary, and separate) school programs across Canada.

To enter the contest, a supervising teacher (the “Registrant”) of an eligible music class, after school program, or music club (the “Music Class”) must register their music class by completing the entry form and submit an eligible video performance and “publicity” photo during the submission period.

January 24, 2012 – CBC and the Audio-Video Licensing Agency (AVLA) are pleased to announce that a groundbreaking music licensing deal has been reached. This historic deal will allow CBC to offer Canadians more of its radio programs on-line, on demand, as well as launch a new Canadian digital music service this winter.

This entrepreneurial breakthrough required nimble and imaginative business thinking on the part of both CBC and AVLA (which was negotiating on behalf of its entire membership of almost 1000 major and independent music companies). The deal is the first negotiated collective license in Canada for on-line streaming and podcasting of radio and on-line digital music programming.

“We are thrilled to have been able to work together with CBC to license a service that will be extremely welcome in Canada, where there are only a handful of digital options for consumers. This groundbreaking agreement means that music fans will have more access to the best in Canadian music, whether by emerging or established artists, while creators will enjoy full recognition for the value of their work,” says Graham Henderson, President of AVLA and Music Canada.

“As Canada’s national public broadcaster, we must provide opportunities for Canadians to enjoy our on-air radio programs anywhere they wish but also to offer original new ways to connect Canadians with music where, when and how they want it” says Chris Boyce, executive director of radio and audio of CBC English Services.

“Through this new relationship with AVLA and the Canadian music labels, CBC will be able to offer its programs on-demand complete with music while at the same time building a new digital music service, that will be unlike any other available today in Canada”, says Boyce. “As part of our on-going commitment to Canadian culture, this will be accomplished by combining the power of context, curation and community in new and innovative ways,” adds Boyce.

More details about CBC’s unique digital music service will be announced in the coming weeks.

About CBC/Radio-Canada
CBC/Radio-Canada is Canada’s national public broadcaster and one of its largest cultural institutions. The Corporation is a leader in reaching Canadians on new platforms and delivers a comprehensive range of radio, television, Internet, and satellite-based services. Deeply rooted in the regions, CBC/Radio-Canada is the only domestic broadcaster to offer diverse regional and cultural perspectives in English, French and eight Aboriginal languages, plus seven languages for international audiences. In 2011, CBC/Radio-Canada celebrated 75 years of serving Canadians and being at the centre of the democratic, social and cultural life of Canada.

About AVLA
The AVLA Audio-Video Licensing Agency (AVLA) represents nearly 1000 major and independent record companies and other copyright owners, including many independent artists. Our members own or control the copyright in the vast majority of all sound recordings produced and distributed in Canada. We license the broadcasting and reproduction of our members’ audio and video recordings in Canada. www.avla.ca