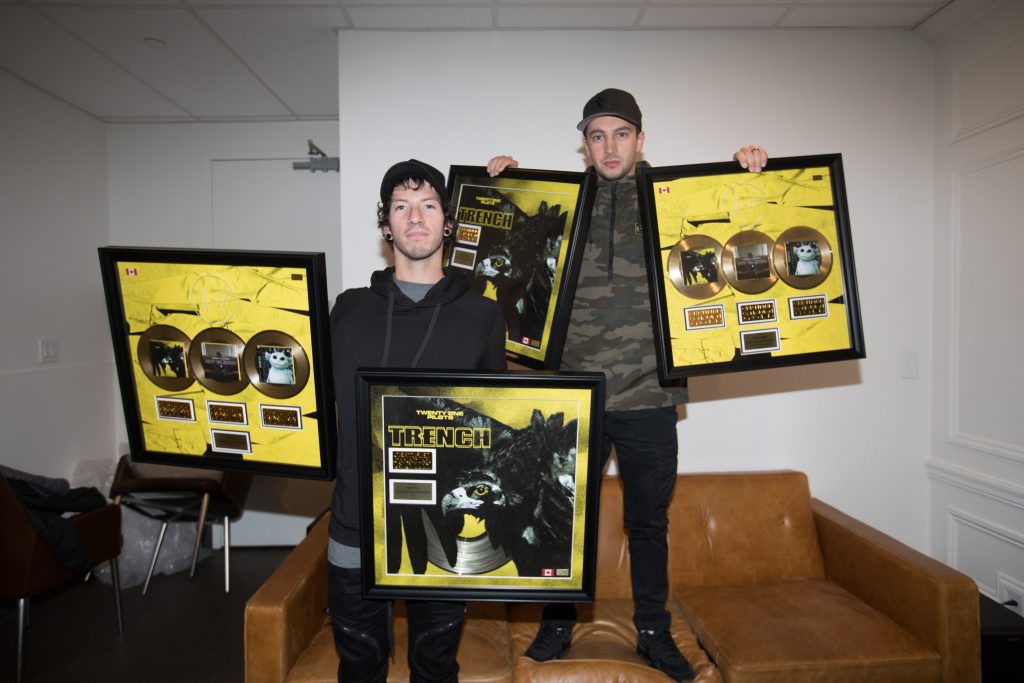 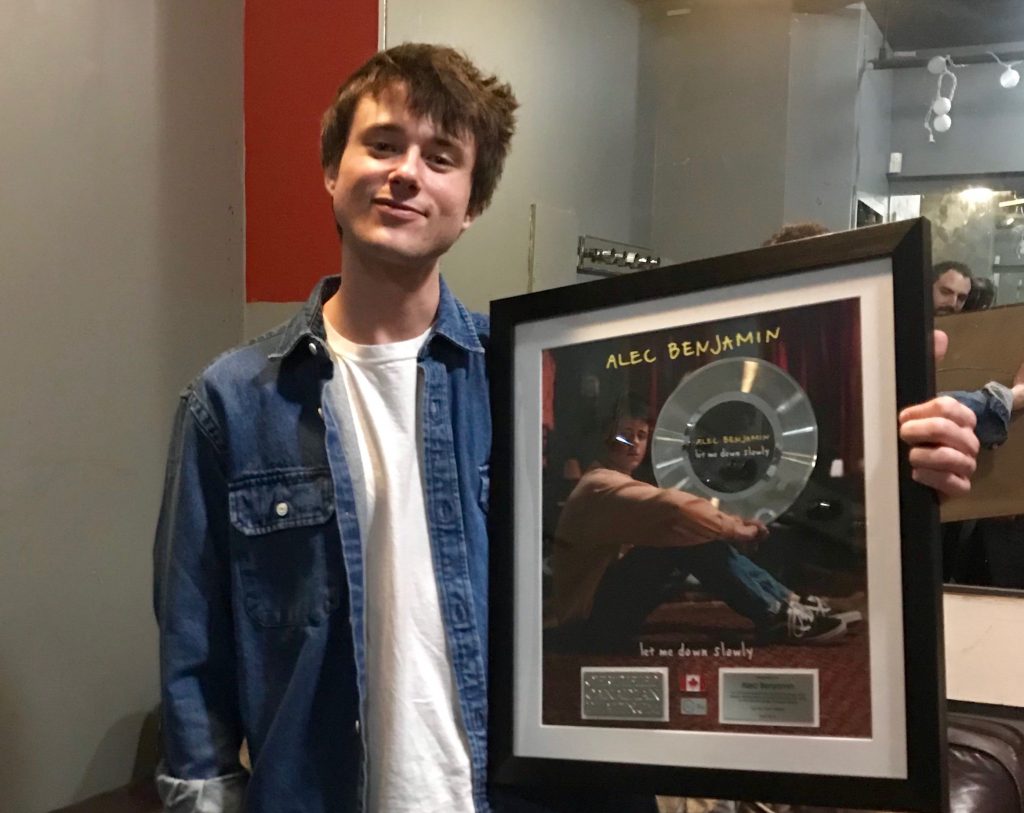 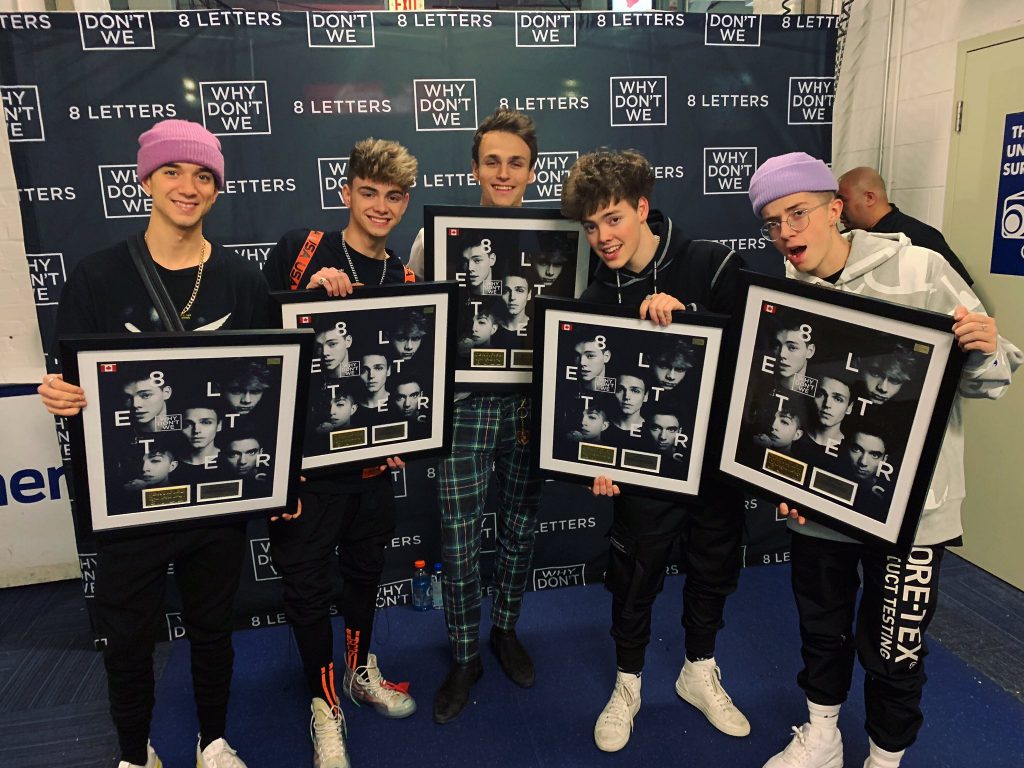 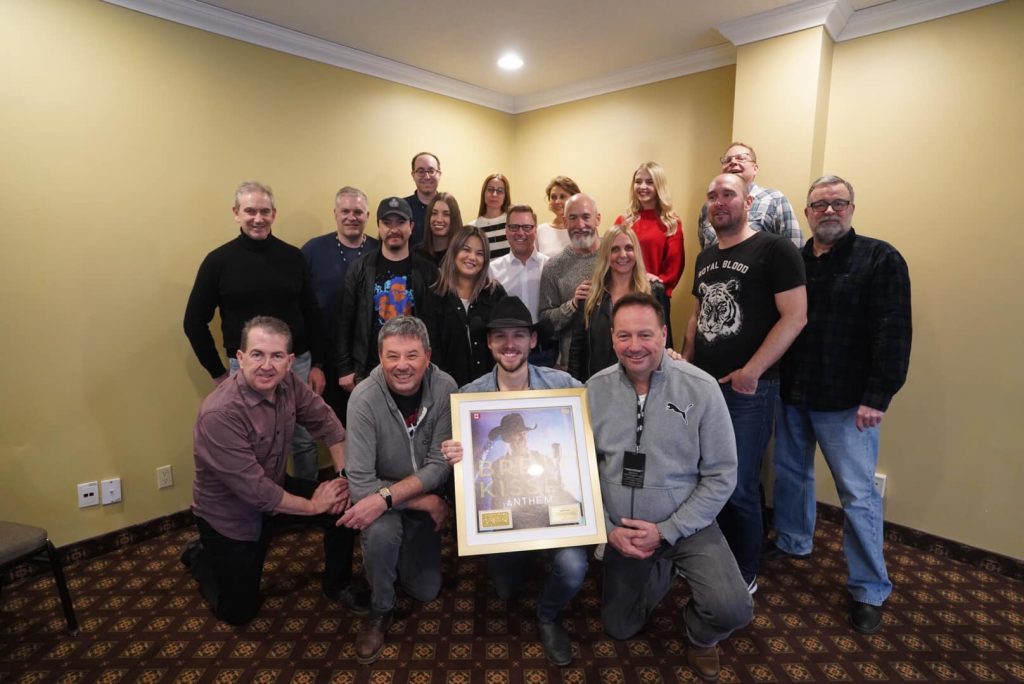 Brett Kissel with his Warner Music Canada team on Friday, March 15, 2019 in London.

The 2019 JUNO Awards are officially in the books, and country artist Brett Kissel walked away from the festivities in London, ON with some new hardware in hand. To kick the weekend off, Kissel was presented with a custom Gold plaque for his hit “Anthem” by his Warner Music Canada team, as well as a CIMA Road Gold plaque commemorating his cross-Canada ticket sales.

During Sunday’s broadcast, Kissel took home the JUNO for Country Album of the Year for We Were That Song, which features the Gold-certified title track as well as “Anthem.”

Check out the video for “Anthem” below. 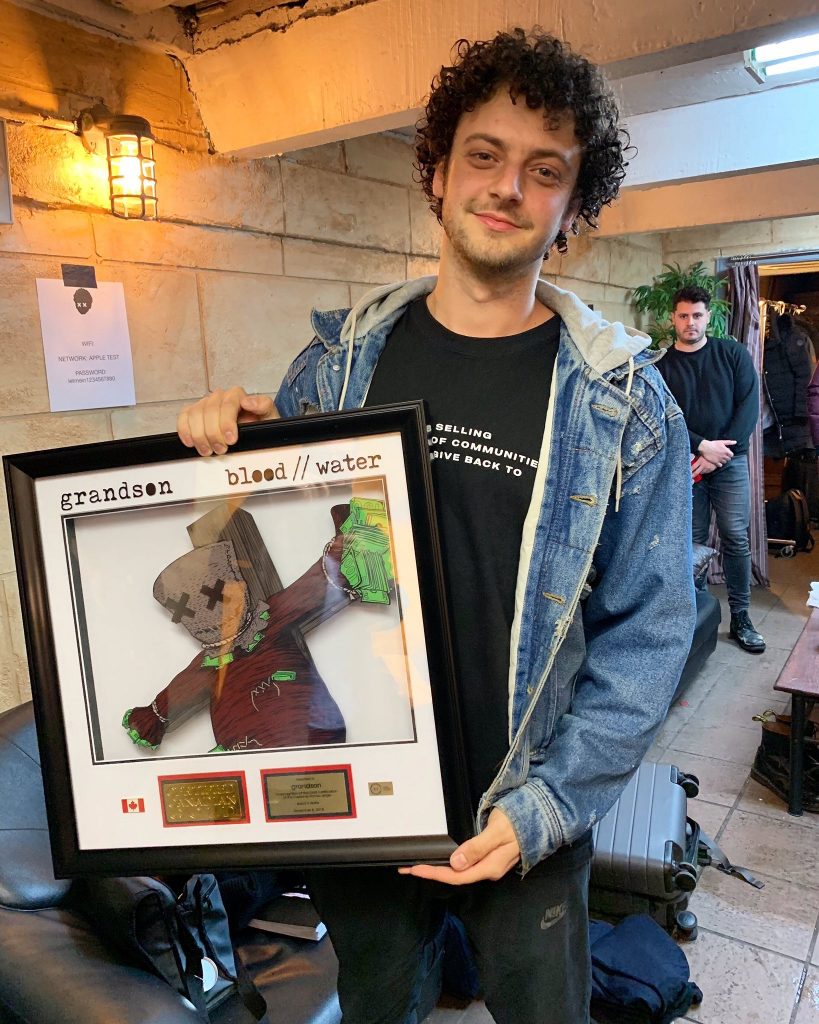 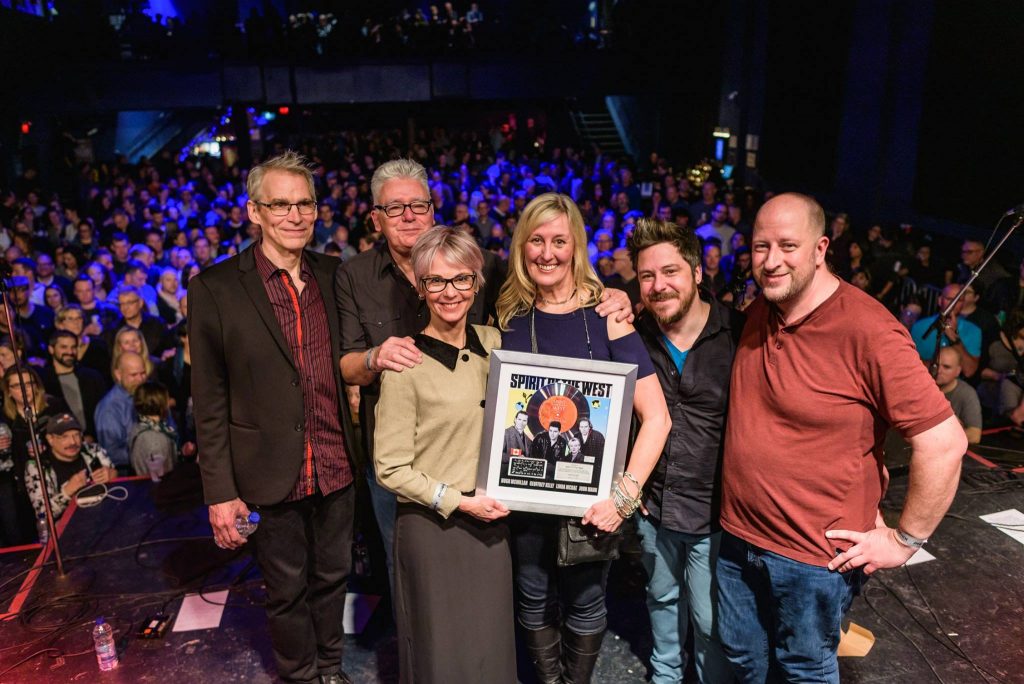 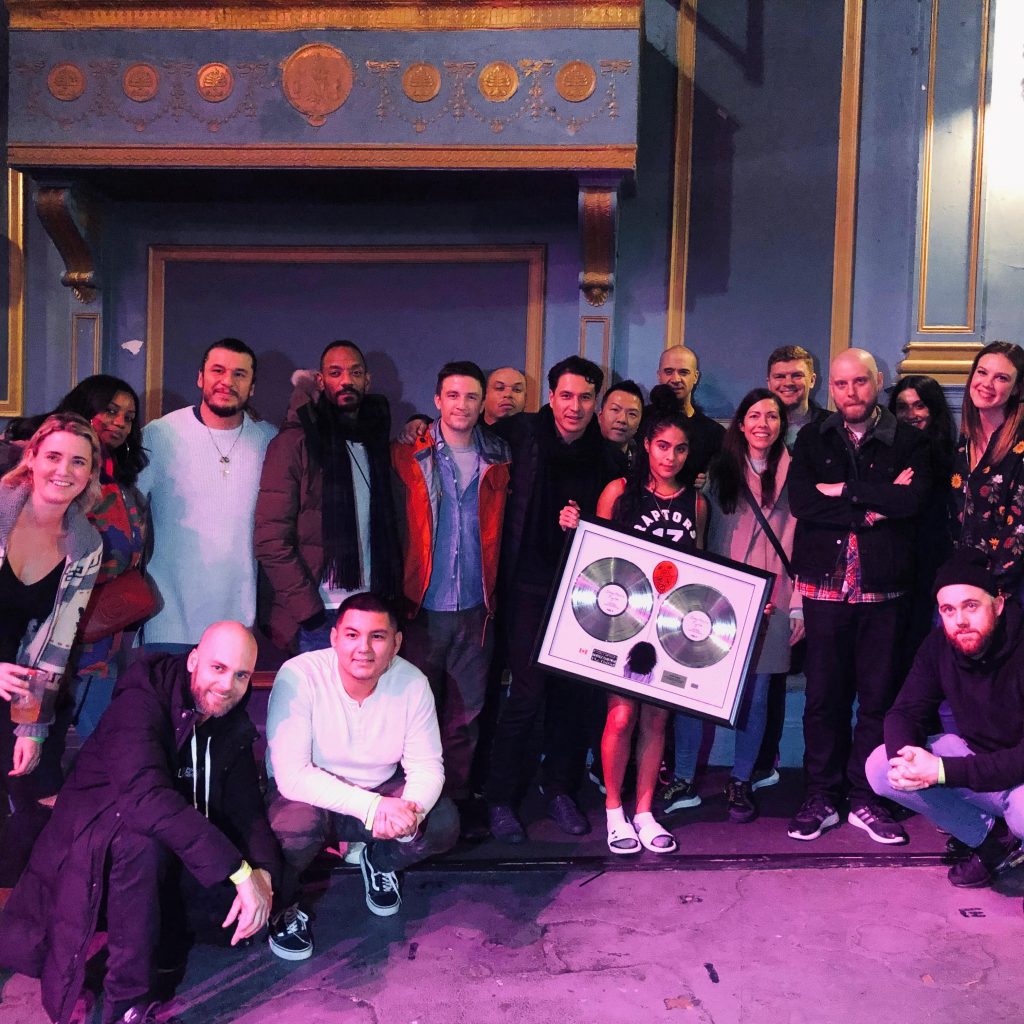